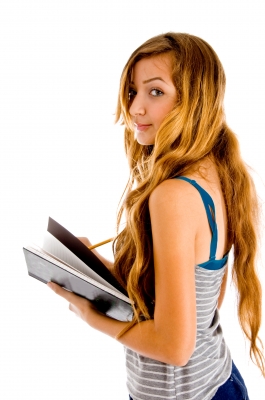 What is prescription drug abuse?
Prescription drug abuse is the use of a medication without a prescription or for non-medical reasons. It also refers to taking a medication in a way other than as prescribed. This includes taking it at a higher dose, snorting it, chewing it, or combining it with alcohol or other drugs.
A 2005 national survey of college students estimated that 25% had used prescription stimulants for non-medical reasons; 4% of this illicit use was attributed to Ritalin (methylphenidate).
What are stimulant drugs and how do they work?
Stimulants are a class of drugs that stimulate the central nervous system (CNS) by increasing levels of dopamine and norepinephrine in the brain. They also inhibit monoamine oxidase (MAO), an enzyme that breaks down dopamine and norepinephrine. As a result, stimulants can improve attention, executive functioning (memory, reasoning, problem solving), and cause CNS arousal (feeling alert).
This article will focus on prescription stimulant drugs such as Ritalin (methylphenidate), Adderall  (dextroamphetamine/amphetamine), Concerta (methylphenidate extended-release) and Focalin (dexmethylphenidate).
What are prescription stimulants used to treat?
Prescription stimulants are used to treat attention-deficit/hyperactivity disorder (ADHD) and narcolepsy (a sleep disorder that causes excessive sleepiness).
Why are prescription stimulants being abused?
Stimulants are abused by college students because they believe stimulants can improve study performance and grades. They also take them to stay awake and focus better in class and during studying. Increase in competition for graduate schools and pressure over good grades in college may have driven the recent rise in stimulant abuse. The Drug Abuse Warning Network (DAWN) reported an alarming 85% increase in prescription stimulant abuse from 2009 to 2011.
Another reason stimulants are abused is for their euphoric effect (to feel high). When stimulants are taken in doses or routes other than those prescribed, they cause a rapid increase in dopamine. This disrupts normal communication between brain cells and produces a feeling of euphoria.
Stimulants also decrease appetite and are misused for the purpose of weight loss. A research study of 707 college students found that about 5% of them used ADHD drugs for weight loss. Many of these college students also had an eating disorder, low self-esteem, and unhealthy weight loss habits such as self-induced vomiting and use of laxatives.