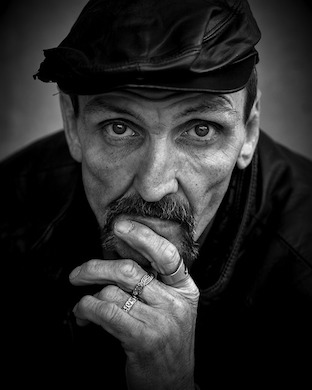 What is Shingrix and how does it work?

Shingrix (Zoster Vaccine Recombinant, Adjuvanted) is a vaccine that prevents herpes zoster (shingles or zoster) caused by reactivation of varicella-zoster (chickenpox) virus (VZV) in adults. The risk of developing herpes zoster increases with age because there is a decline in VZV specific immunity. Shingrix has been shown to boost VZV-specific immune response to protect against shingles.

Shingrix contains varicella zoster virus surface glycoprotein E (gE) antigen and an adjuvant. Adjuvants are used to boost the potency, quality and or longevity of a specific immune response.

What is Shingrix used for treating?

Shingrix is a vaccine for the prevention of herpes zoster (shingles) in adults aged 50 years and older.

Shingrix is not used for treating or preventing chicken pox (Varicella) infection.

How effective is Shingrix?

In clinical studies conducted in 18 countries and consisting of subjects 50 years and older, 7344 people received 2 doses of Shingrix and 7415 people received placebo. Results showed that Shingrix significantly reduced the risk of developing herpes zoster by 97.2% compared to placebo. In addition, no cases of postherpetic neuralgia (PHN) were reported in the vaccine group whereas 18 cases were reported in the placebo group.

What are the side effects of Shingrix?

Common Side Effects Of Shingrix

What is the dosage of Shingrix?

Shingrix is administered by intramuscular injection into the deltoid region of the upper arm. Two doses (0.5 ml each) are given 2-6 months apart.

What are Shingrix drug interactions?

Immunosuppressive therapies may reduce the effectiveness of Shingrix.

What are warnings and precautions for Shingrix?

Shingrix should not  be administered to people with a history of severe allergic reaction (e.g., anaphylaxis) to any component of the vaccine.

The safety of giving Shingrix to pregnant women has not been properly studied.  A toxicity study performed in female rats revealed no adverse effects on fetal or pre-weaning development due to Shingrix.

It is not known whether Shingrix is excreted in human milk. Data are not available to assess the effects of Shingrix on breastfed infants or on milk production or secretion.

What is the cost of Shingrix?

It is estimated that the vaccine will cost $280 for two doses. Insurance coverage updates for Shingrix should begin the first quarter of 2018 for Medicare Part D and commercial health plans.

On October 25, 2017, the CDC announced that Shingrix is now the preferred vaccine for prevention of shingles, replacing the Zostavax Vaccine. Those previously vaccinated with Zostavax should also receive the Shingrix vaccine.

Some other differences between the two vaccines are listed below:

1.    Shingrix is given intramuscularly in a two-dose series (0 months and 2-6 months) whereas Zostavax is a single dose subcutaneous injection.

2.    Shingrix is a recombinant, non-live vaccine whereas Zostavax is a live vaccine.

3.    Shingrix must be stored in the fridge while Zostavax stored frozen.

4.    Zostavax must be used with more caution in immune-compromised individuals as it can increase risks of adverse reactions.