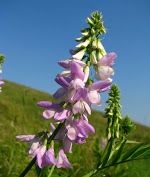 Metformin is the most prescribed type 2 diabetes medication in the United States. Its widespread use is attributed to many reasons including demonstrated effectiveness in controlling high blood sugar, a protective mortality benefit, little to no risk of causing blood sugar that is too low, and a comparatively low cost.

Although many health care professionals are knowledgeable about the effectiveness, safety, and appropriate use of metformin, many may not know about its history and what current research has revealed about the benefits of metformin beyond diabetes.

History and clinical development of metformin

Despite the prevalence of metformin use for treatment of type 2 diabetes, many are unaware of its origin. Metformin is derived from Galega officinalis (goat’s rue or French lilac), an herb described to treat several ailments since the seventeenth century. Studies in the early 1900s showed guanidine, a compound isolated from the herb, was able to lower blood sugar in animal models. These models also suggested guanidine by itself was likely too potent and toxic to use clinically in humans. This began the testing and development of several synthetic derivatives. In 1957 a physician named Jean Sterne published his results about the blood sugar lowering effectiveness of one of those derivatives. The derivative was metformin which he referred to as Glucophage, the “Glucose-eater”. Even though metformin was being used in other countries, it was not approved for use in the US until 1995 when Bristol Myers Squibb received approval to market Metformin in the US.

Metformin has become the standard of care for treatment of type 2 diabetes. The 2014 American Diabetes Association (ADA) guidelines recommend that anyone diagnosed with type 2 diabetes should receive a prescription for metformin, unless it is contraindicated or not well tolerated. If used alone, metformin can reduce fasting blood sugar approximately 20% and HbA1C  by 1.5%.

The effectiveness of metformin for treatment of type 2 diabetes is due to its multiple mechanisms of action. Metformin works by decreasing the amount of sugar made by the liver and consequently decreasing the secretion of insulin from the pancreas. Metformin also slows the absorption of sugar in the intestine and increases insulin sensitivity in the muscles and periphery to help the body utilize sugar. Since metformin does not increase the amount of insulin secreted from the pancreas, as seen with other oral anti-diabetic medications such as sulfonylureas, it is does not cause weight gain or excessively reduce blood sugar.

The use of pharmacogenomics to guide Metformin therapy is interesting. Individual response to metformin is variable and it is estimated that up to 35% of patients that use metformin alone fail treatment. Research has uncovered potential genes that may be involved in determining individual response to therapy. Use of genetic testing to guide therapy has not been widely adopted primarily because genetic testing is expensive. Using pharmacogenomics to guide therapy will help determine which patients will most likely respond to metformin treatment.

The 2014 ADA guidelines state metformin may be appropriate for patients with pre-diabetes, especially in persons with specific risk factors. These risk factors include body mass index (BMI) >35 kg/m2, history of gestational diabetes, <60 years old, certain ethnic groups (Hispanic, African American, Asian), or a family history of diabetes. The Diabetes Prevention Program (DPP) was a large clinical study that examined whether weight loss through diet and exercise or the use of metformin prevented or delayed the onset of type 2 diabetes. It took place in 27 clinical centers in the United States and included 3,234 participants. The participants were randomly divided into lifestyle modification intervention, metformin intervention, placebo, and troglitazone groups. The results showed that metformin reduced the development of diabetes by 31 percent. However, weight loss through diet and exercise was more effective, reducing the development of diabetes by 58 percent. The results of this study helped shape the current ADA guidelines for treatment of persons with pre-diabetes. The guidelines note that metformin may be appropriate for some persons with pre-diabetes, but emphasize that metformin does not replace lifestyle modifications.

Unlike insulin, sulfonylureas (Glipizide, Glyburide, Glimeperide) and thiazolidinediones (Actos, Avandia) metformin is considered a “weight neutral” diabetic medication. Increased insulin in the body is known to cause weight gain because excess sugar stored in the cells is converted to fat. Sulfonylureas increase insulin levels in the blood and thiazolidinediones help improve the uptake of insulin in the cells, making weight gain a common side effect of these medications. Metformin slows the absorption of sugars in the small intestine and reduces levels of hormones associated with hunger after eating carbohydrates. Metformin is not approved for weight loss; however, there is evidence that  it may produce weight loss in some individuals or limit the weight gain caused by other medications such as antipsychotics, HAART therapy, insulin, sulfonylureas, and thiazolidinediones.

Metformin has also found a role in the treatment of polycystic ovarian syndrome (PCOS). PCOS is a condition that affects women of reproductive age and the number one cause of infertility. The exact pathophysiology of PCOS is unknown. Menstrual irregularities, androgen excess, and insulin resistance are observed in the disease. Women diagnosed with PCOS are also at an increased risk of developing type 2 diabetes, metabolic syndrome, cardiovascular complications, and endometrial carcinoma. In PCOS metformin may be used to help with the signs and symptoms related to insulin resistance (obesity, gestational diabetes) and preventing onset of type 2 diabetes. An estrogen-containing product is generally used to treat the signs and symptoms of menstrual irregularities and androgen excess.

Metformin is one of the few anti-diabetic medications that can be considered for treating women with gestational diabetes and women with existing diabetes that become pregnant. Uncontrolled diabetes during pregnancy increases the risk of the baby having preeclampsia, high birth weight, and shoulder dystocia. Metformin is an acceptable option for women to use for controlling blood sugar during pregnancy; however, insulin and nutrition therapy are considered first line treatments. Generally metformin by itself will not sufficiently control blood sugar, and many women will eventually require insulin. Metformin is an option for women and their doctors to consider.

The benefits of metformin may extend beyond its ability to lower blood sugar as it is now being investigated as a potential treatment for prevention and treatment of solid tumor cancers (breast, prostate, colorectal, and endometrial). Numerous in vitro and studies are attempting to explain the mechanism for how metformin may inhibit tumor growth. The exact mechanism remains unknown, but some evidence suggests lowered insulin levels contribute to its effectiveness. The clinical data available to date is mixed and largely from retrospective epidemiological observational studies. Currently, several clinical studies by reputable academic institutions are being performed to further investigate the benefit metformin may have in cancer prevention and treatment.

Research also suggests metformin may have a benefit in persons with Alzheimer’s disease (AD). Insulin resistance and oxidative stresses are two of the underlying mechanisms involved in the pathophysiology of Alzheimer’s disease. In vitro and in vivo studies have pointed to different mechanisms behind the neuroprotective benefit metformin may have in altering the pathology of the disease. Modifying the metabolic needs in the brain through its action on mitochondria and a decrease in amyloid plaques are proposed mechanisms for the possible benefits of metformin  in Alzheimer’s Disease. The positive results of in vitro studies have led to interest in clinical studies. One such study is being conducted at the University of Pennsylvania, and is expected to be completed in late 2016.

Despite several new therapies on the market for type 2 diabetes, metformin will continue to be a foundation of therapy for all patients. Through multiple mechanisms of action it can reduce blood sugar equally or better then other available anti-diabetic medications without the side effects of excessively hypoglycemia and weight gain. Large clinical studies have also shown it has a mortality benefit and decreases cardiovascular complications in people with type 2 diabetes. Even though the benefits in diabetes are well known, metformin may have a role in other therapeutic areas, including cancer and Alzheimer’s disease. Pharmacogenomics will enable better selection of patients who are more suitable for metformin treatment. Metformin is a great example of how effective therapies are discovered by studying nature.

Metformin: An old but still the best reatment for type 2 diabetes