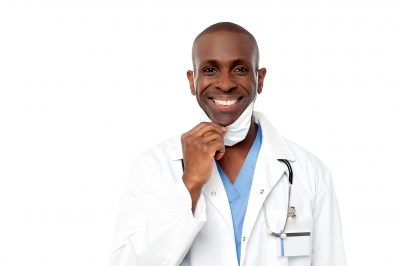 The move to ICD-10 is set for October 1, 2015. However, healthcare systems, EHR software companies, payers, and physicians are not ready for the switch to ICD-10 coding. According to athenahealth 44% of practices have not started preparing even though 75% are worried about the transition. There is confusion and concern about whether ICD-10 will be delayed, cost of implementation for physician practices, and how to prepare.

In the midst of all this confusion and the many varied of predictions regarding the fate of ICD-10 adoption, what should providers be doing now to prepare? Dr. Jon Elion, President and CEO of ChartWise Medical Systems shares a few practical tips that can help whether coding remains based on ICD-9 or if it finally moves to ICD-10.

Many doctors are rightfully concerned about running a business (namely, their office-based practices), and they are wondering how the potential move to ICD-10 will impact their bottom lines. Most experts agree that coders will see somewhere between a 25 to 50 percent reduction in productivity, enough to significantly impact your business. One approach that helps to ease this pain is to outsource part or all of the coding. This applies to both hospital-based and office-based coding. By outsourcing, the financial risk shifts to the coding service, and the office practice (or hospital) can negotiate fees that help them accurately predict their coding costs. This approach is applicable today, and is also applicable after the shift to ICD-10.

Physicians absolutely must be educated about the principles of proper and complete clinical documentation. There is a gap between the notes we write to communicate, clinician-to-clinician, and those needed to fully code and bill each encounter. Proper training on how to write notes that close that gap will go a long way towards ensuring ICD-10 compliance.

Here is one simple approach that can be implemented immediately. Every time you write an assessment in a note, look for opportunities to use “due to” or “manifested by” for each problem that is described. For example, rather than indicating that the patient has a gastric ulcer, a GI bleed, and anemia, it would be far better to say that the patient has a GI bleed due to a bleeding gastric ulcer, and anemia due to the GI bleed. While the “due to” approach is not all that is required to improve documentation, it does directly and simply lead to a very substantial favorable change in the completeness of clinical notes.

Specificity for Procedure Codes and Documentation

One final area that deserves special attention relates to documenting inpatient procedures. ICD-10 coding demands a new level of documentation specificity. There are few procedure codes in ICD-10 that will allow nonspecific or “not otherwise specified” codes, as are allowed in ICD-9. In the ICD-9 coding environment, it is still possible to generate a code and get reimbursement even with minimal specificity. But under ICD-10, if specificity is lacking, there may not be a procedure code that can be used, and the reimbursement will suffer.

Let’s look at “lysis of adhesions” to see how this applies. If a surgeon performs a laparoscopic procedure to free up something in the abdomen that’s trapped in scar tissue and the operative note reads “laparoscopic lysis of peritoneal adhesions,” that would be enough information to use ICD-9 code 54.51. But there is no direct equivalent in ICD-10, as you need to describe exactly what organ or organs were released during the procedure. So, it if was a loop of small bowel caught up in adhesions, this would be ICD-10 code 0DN84ZZ (release small intestine, percutaneous endoscopic approach). It would require specific mention of the small bowel in order to be coded. Physicians who perform a lot of procedures may be responsible for the hospital seeing a dramatic drop in reimbursement if this is not anticipated and handled correctly. This is a good time to get in the habit of looking up ICD-9 codes that are being billed and making sure that there is a specific equivalent ICD-10 code. If there is not, you need to learn what additional information is needed to be able to code for the procedure under ICD-10.