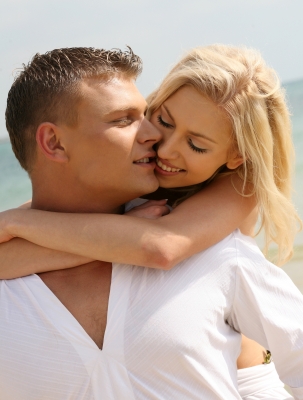 How the male reproductive system works

The penis is composed of 3 spongy parallel cylinders that include a single corpus spongiosum and a pair of erectile tissue called corpora cavernosa. Penile erection is a hydraulic action caused by complex neurovascular event resulting in arterial dilatation, pressurized inflow of blood into the pair of relaxed corpora cavernosa and simultaneous constriction of venous outflow. The resultant blood entrapment and engorgement causes penile enlargement, rigidity and hardness.

This mechanical outcome of penile erection is similar to forcing air into a balloon. In the flaccid or limp state, the penile vasculature and corpora smooth muscle are in contraction and therefore the blood supply to the organ is at the basal level. Upon sexual arousal, the inner lining of penile arteries, called endothelium, endogenously produces nitric oxide (NO) which in turn signals the production of a vasodilatory molecule called cyclic guanosine monophosphate (cGMP). This molecule plays a major part in the relaxation cascade of the erectile tissue and penile arteries thus facilitating and reinforcing pressurized blood engorgement into the penis. The endothelium is an active and dynamic “organ” that acts as an interface between circulating elements and several other body systems. Endothelial dysfunction upsets this delicate balance between vascular vasodilation during erection and vasoconstriction in flaccid state in favor of the latter and thus decreases penile response to humoral, neural and mechanical stimuli resulting in erectile dysfunction.

Learn About Drugs That Cause Erectile Dysfunction

What is erectile dysfunction (ED)?

Erectile dysfunction (ED) is defined as persistent failure to attain and/or maintain an erection sufficient for satisfactory sexual performance. ED affects more than 30 million men in the United States and greater than 150 million men worldwide with projection to hit 322 million worldwide by 2025. The modifiable risk factors of ED include diabetes, hypertension, hyperlipidemia, obesity, and cardiovascular disease. The lifestyle that predisposes to ED is physical inactivity, excessive alcohol consumption and smoking.

The cause of ED in most men is vasculogenic with endothelial dysfunction as the common denominator. Endothelial dysfunction leads to atherosclerosis which causes arterial stiffness, decrease production of NO and narrowing and or clogging of the artery. Atherosclerosis can occur in any part of the blood vessels in the body causing chest pain (angina) and heart attack (myocardial infarction) in the heart; strokes in the brain; painful ambulation in the calf muscles (claudication); and erectile dysfunction. Atherosclerosis often affects the penis first hence ED is a predictor of impending heart attack or stroke 3 to 5 years before the event. Some have referred to ED as “penile angina’’ in congruent with angina pectoris affecting the heart. Therefore sexual problems of vascular origin could mean a broken heart literally.

Drugs for treatment of ED

Since the FDA approved Viagra in 1998, there has been less stigmatization and tremendous improvement in the treatment of ED. Viagra (sildenafil), Cialis (tadalafil), and Levitra (verdenafil) belong to a class of drugs called phosphodiesterase 5 inhibitors (PDE5i). Phosphodiesterase 5 (PDE5) is an enzyme distributed in various tissues but abundant in erectile tissue. It degrades cGMP quickly and thus limits the vasodilation of penile arteries with negative impact on obtaining and sustaining the duration of an erection. PDE5i target this enzyme by blocking its ability to break down cGMP. PDE5i increases the concentration of cGMP and therefore assists in restoring the hydraulic event of penile action on demand (sildenafil and verdenafil) or for long term anticipation of sexual intercourse (tadalafil).

The successful pharmacological management of ED undoubtedly boosts self confidence, improves quality of life and positively impacts relationships. It however does not change the atherosclerotic status of the penile arteries nor does it address the risk of impending cardiovascular events such as heart attack or stroke. Non pharmacological measures such as smoking cessation, reducing high consumption of alcohol, and regular physical activity also have a beneficial role in ED management. Of these lifestyle interventions, regular physical activity is highly important because of its positive carry over effect. In other words, a person who does not smoke or drink may not necessarily be physically active but a physically active individual is not likely to smoke or drink excessively. Irrespective of atherosclerotic site, physical exercise increases the release of NO through mechanical forces called shear stress. This relaxes the arterial smooth muscle, reduces the clogging or adhesion of platelets on arterial wall and decreases the concentration of bad cholesterol.

Benefit of physical activity on ED

A 2010 article found that PDE5i in combination with physical activity was more effective than PDE5i alone in the treatment of ED. Among the hypertensive patients with ED, a 2009 study reported significant improvement in erectile function in the intervention group that participated in 45 to 60 mins of exercise thrice weekly for 8 weeks. A 2004 article was the first to report positive effect of lifestyle changes on erectile function. It studied the effect of diet and physical exercise in obese patients without known history of cardiovascular risk factors over a period of 2 years. Besides improvement in erectile function, the 2009 and 2004 studies that focused on lifestyle changes alone reported decrease in blood pressure and C-reactive protein (CRP), a pro-inflammatory mediator. In addition, the 2004 work reported decrease in the parameters of body weight, BMI, levels of glucose, insulin and other biomarkers of inflammation.

Sexual dissatisfaction is a powerful motivation to consult healthcare professionals who should take advantage of the opportunity to treat ED and educate patients about underlying cardiovascular risk. ED foreshadows heart disease and is frequently present in men with heart conditions. Therefore a man with ED and no heart symptoms is a cardiac patient until proven negative and a man with history of heart condition should be routinely checked for erectile function. It is therefore important that all prescribers of PDE5i educate their patients about increase effectiveness of these drugs along with regular physical activity and other positive lifestyle choices. Changes in lifestyle cannot only improve ED, but can improve and prevent cardiovascular and metabolic pathological conditions. For health promotion, the guideline for physical activity is 2 hours 30 minutes a week of brisk walking or 30 mins of brisk walking most days of the week. While most men may be unaware of cardiovascular risk factors such as being overweight, ED is a likely powerful motivator to get to the gym or book an appointment with their healthcare practitioners.

Testosterone Injections and Risk of Heart Attacks, Stroke, and Death

Dr. Mukaila "Mak" Kareem is a home health physical therapist with a non-for-profit Hospital in Southern Indiana and an advocate of regular physical activity.

Keenan, H. A. (2014). Do erectile dysfunction and cardiovascular disease have the same mechanism? European Urology, 65(1).

Maio, G., Saraeb, S., & Marchiori, A. (2010). Physical activity and PDE5 inhibitors in the treatment of erectile dysfunction: Results of a randomized controlled study. The Journal of Sexual Medicine, 7(6).